Amethyst is February Birthstone
What is Purple Amethyst
Derived from Greek word “amethystos”, the February Birthstone Amethysts is mean “medicine for drunkenness”, and believed by Greeks that it’s held with many powers and protection against evil. At Greeks, this purple or bluish violet color stone was believed that associated with god of wine, and it was practice to serve this beverage form Amethyst cups to believe that prevent drunk and poisons. In the past it was known and popular in royalty, and was served for the kings and queens. Until today, Amethyst is still considered as a powerful stone to stabilizing pressure to get over obsessive actions. Generally speaking, the Amethyst is believed as a relaxing, peaceful affect which is a symbol of tranquility.
Meaning of Purple Amethyst
Amethyst has the attractive color, which said that can strengthen the relationship in love and marriage, and giving power for overcome problem, and is the best ideal gift for any anniversary. It is symbolic of peace, stability, spirituality and brings calm to your live.  The beauty of the color definitely makes that wearer feel like royalty. (Please see example below, many royalty and celebrities like to wear Amethyst Jewels). Other than that, Amethyst is believed have the power effective in cure insomnia, headache, pain relief and prevent drunkenness. Some people even put an Amethyst under their pillow to make sure they will have a good sleep overnight. In the past time, Amethyst is treated as the Lucky stone for soldier, which protects them in any battle and the evil eyes.
That’s another use of this Purple Color Stone. It had been used in among the Churches and some of religious ceremony; mostly it is found in the rings and rosaries worn by priest and Christian. For Chinese society, some of the Amethyst Crystal is used as Feng Shui (in Chinese) to protect them from bad things, at the same time to decorate the house and to bring wealth for the business.

The Rosaries with Amethyst Beads 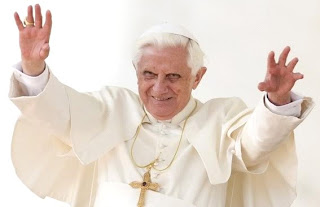 `
the Pope wore the pectoral cross with pale amethyst at the centre
The Attractive Color of Purple
The Birth Stone of October is the Deep Purple Color Amethyst. Normally the color is from pale lilac to violet and red-color, then to the deep purple color. The purple color is well known among the royalty and it is considered as the most precious stone compare with diamonds. The Purple color itself is mean of elegant and royalty, and symbolic of wealth and power. That’s is why Amethyst always can be found set in British Crown Jewels and the adornments of the ancient Greeks and Egyptians. Example: The Amethyst Crown wears by Queen Josephine and Princess Mette-Marit of Norway. Hollywood artist like to wear Amethyst jewels as well.
Queen Josephine's Amethyst Tiara : Princess Mette-Marit of Norway wearing the Amethyst Crown, Earring and Necklace 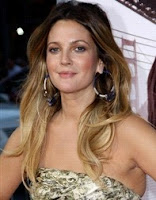 Where Amethyst can be found?
Amethyst can be found in many parts of the world. This Popular Birthstone can be found in Brazil, Sri Lanka, India, Russia, Australia, India, Madagascar, Zambia, Germany and also United States. However, the main is come from Brazil and Uruguay. Uruguay has the most beautiful color of Amethyst so far. In Germany, the amethyst is found at the Idar-Oberstein district, and some of the places near Ural Mountains at Russia.
Let’s get an attractive Purple Amethyst today!!!!! For birth, for peace, for calm, for protect, for everything!!!! 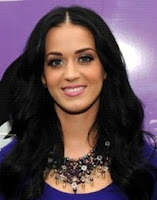